Advanced DTX Strategies For A 'Digital Everything' World 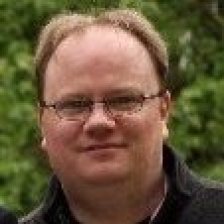 Neil, named after the first man to walk upon the moon, has more than twenty years experience in networking, systems, security and technology. Neil’s purpose is to get people connected and engaged with technology.

He joined BT in 2011 as Chief Network Architect driving the network strategy for BT across all lines of business. Using simplification as a core strategy; Neil was able to realise significant savings and improved customer experience on BT’s core products including broadband, voice, Ethernet and VPN. Neil was also instrumental in driving mobile and wireless as a critical capability which lead to BT acquiring 4G spectrum and building a 4G network. This lead to the acquisition of EE where Neil lead the technology workstream.

Neil has been recognised in the industry on many occasions most recently being named in the 5G 100, a list of the most influential names in 5G.

Neil helps children with special needs in developing their technical skills in areas of computer programming and electronic engineering. Neil also runs board, video and pinball gaming events for children with Autism and is a fund raiser for the National Autistic Society.

Neil studied Management at Sloan School of Management and Software Engineering at Edinburgh.

Neil is recognised for his interest in the history of telecommunications in Spaceflight and is a speaker at many space industry events. Neil is an advanced driving instructor.