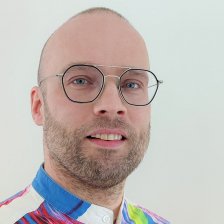 After joining Haltian as a co-owner in 2012, Pertti has worked in several IoT leadership positions. Pertti began his career in Nokia in 2003, where he held various product creation and concepting roles, also in luxury product business in the UK. Already from the year 2015 he has seen the big growth of IoT market and been at the very front line of creating successful large scale IoT solutions with numerous national and international enterprises. He is passionate about solving customer digitalization challenges and helping enterprises to scale up successfully, especially in smart building and smart factory related IoT solutions. His sources of inspiration come from industrial design and modern building architecture. As an creative person, he has also been a part of making many inventions and patens. Pertti holds a degree of M.Sc. in Mechanical Engineering.

You can find Pertti Kujala speaking on...